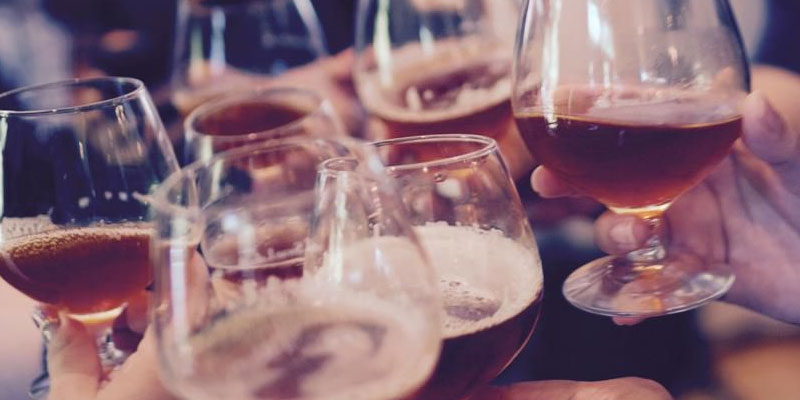 The Best Fruit Beers For Summer

There’s nothing like popping open a cold beer on a hot summer day, and what says “summer” more than ripe, sun-kissed fruit? The first day of summer marks the season for fruit beer. With more popping onto the market each year, which fruit beers are the best for fueling summer sipping? Fruit beers come in many forms. Theoretically, any style of beer could be made into a fruit beer – lagers, sours, IPAs, wheat beers, stouts – using fresh fruit, puree, or syrup, so the possibilities are numerous. From lime and strawberry to passion fruit and pineapple, the season’s entire array of fruit can be found in various brews. Grab some shades and sunscreen – here are ten of the best fruit beers to kick-start the summer. Funkwerks Raspberry Provinicial, Fort Collins, Colorado Raspberry ales were big in the 90s, but too often they were overly sweet and syrupy. Not so with this brew, which tastes of dry – but not tart – raspberry juice. Best of all? It’s brewed year-round. Upslope Brewing Co. Lee Hill Series Vol. 16 Tropical Fruit Sour Ale, Boulder, Colorado A brand-new release, this sour ale is inspired by a classic Hawaiian juice blend called “POG”: passion fruit, blood orange, and guava, all of which are added during refermentation of select brews. While sweet tropical fruit leads on the nose and palate, the finish is tart and refreshing. Forbidden Root Strawberry Basil Hefeweizen, Chicago, Illinois This brewery’s mission is to craft beers with an array of botanicals, but often those flavors go hand in hand with fruit. Take this Strawberry Basil Hefeweizen, for instance, which screams of sunny beach days with its fresh, muddled strawberry tones. The basil just heightens this brew’s refreshing character. Founders Brewing Co. Rubaeus, Grand Rapids, Michigan In Poland, it’s traditional to add a dash of raspberry syrup to beer in the summertime, and this dark pink-hued brew is reminiscent of that tasty custom. This raspberry ale has a sweeter palate but isn’t cloying, with a clean finish. Creature Comforts Brewing Co. Tritonia Gose, Athens, Georgia If cucumber and lime can liven water at a fancy spa, it can do wonders for a salty gose. The nose is soft and fruity, almost like mango, contrasting with a sharp, citrusy palate. Schlafly Coconut Cream Ale, St. Louis, Missouri While polarizing, this wheat ale is fermented with pineapple and coconut to create an entirely piña colada-reminiscent brew. Though the flavors are strong, the mouthfeel is light and clean. Wagner Valley Brewing Co. Indigo, Finger Lakes, New York This Finger Lakes producer doesn’t just make wine; it brews beer, too. A sour Berliner Weisse-style beer, the Indigo is brewed with blueberries but tastes like mixed berries, with tart raspberries and cranberries coming across as well. South Beach Brewing Co. Blood Orange Sunset IPA, Miami Beach, Florida From a relatively new brewery, this IPA uses fresh orange juice to create a brew that is extremely well-balanced. Ripe orange comes through on the nose and palate, while fresh hop flavor provides contrast on the finish. Victory Kirsch Gose, Downingtown, Pennsylvania Sour cherries are primarily in season during the month of June, but this Kirsch Gose extends that season even longer. Fresh cherry fruit bursts on the nose, while the palate leans on tart, snappy acidity. Resolute Brewing Co. Boysenberry Sour, Centennial, Colorado A sour beer brewed from a strong Dubbel base, this is no light, easy-drinking beer. Dark purple in color, it is intriguing and layered with flavor beyond the boysenberries with which it is brewed. The nose smells of coffee and chocolate, while the palate is more thickly fruit-driven.